The ExtremeEarth team and RSLab will present the results of the H2020 ExtremeEarth project regarding innovative AI and bigdata technologies for Earth observation data and how they have been used for food security and the polar regions.

At this link you can find the program meeting room information.

Lorenzo Bruzzone has been in a documentary on the national RAI television to talk about the radar sounder RIME on board the European Space Agency mission JUICE and how we can take inspiration from bats to improve the processing of the related datadata for exploring the subsurface of the Jupiter icy moons.

The  documentary is at the following link on RaiPlay in Ep. 7 (“Chirotteri”) starting at minute 29:30.

The H2020-MSCA-IF project MCAPEFA (Low-cost multispectral camera for Precision Farming Application) has started at Remote Sensing Laboratory of the University of Trento (RSLab UniTrento). The project’s aim is to improve the adoption of precision farming in small farms by developing multispectral camera. 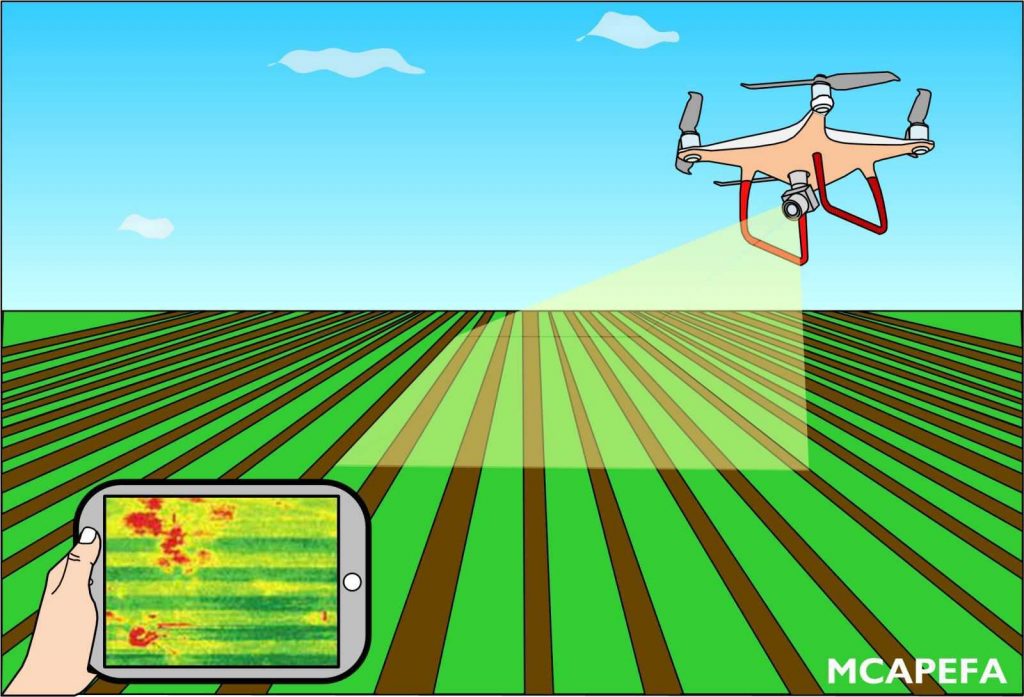 European Space Agency has selected in the past weeks the EnVision mission to Venus as the M5 mission of the Comsic Vision programme. RSLab has the leadership of the Subsurface Radar Sounder (SRS) for Envision.

END_OF_DOCUMENT_TOKEN_TO_BE_REPLACED

Prof. Lorenzo Bruzzone  is ranked 3rd at Italian level and 393rd worldwide in the Guide2Research Top Scientists Ranking  in the field of Computer Science and Electronics. He leads in the ranking the Univeristy of Trento, contributing to the third place in Italy (97th worldwide) of the Department of Information Engineering and Computer Science in the Research University Ranking. This has been pointed out by  local media.

The development of the JUICE mission (for which RSLab has the responsibility of the RIME instrument) is progressing fast despite the pandemic situation. This video shows the arrival of the spacecraft at ESTEC for the start of the one year long testing campaing.

On Thursday May 6, Elena Donini succesfully defended her PhD Theses on “Advanced methods for simulation-based performance assessment and analysis of radar sounder data”.

Sudipan Saha recieved the “FBK Best PhD Student Award 2020”. The FBK Best Student Award is a prestigious recognition awarded each year to the student with the most outstanding achievements. The price was awarded during the FBK PhD day by Bernando Magnini, Director of the FBK International PhD Program, with the citation “For the excellent scientific contribution in the field of remote sensing. Specifically for the innovative use of deep learning applied to the analysis of multitemporal images, which has significantly contributed to advance the state of the art in the field.”

A figure from “Change Detection in VHR SAR Images via Unsupervised Deep Transcoding” by S. Saha, F. Bovolo, L. Bruzzone has been selected for the cover of the March 2021 issue of the IEEE Transactions on Geoscience and Remote Sensing. 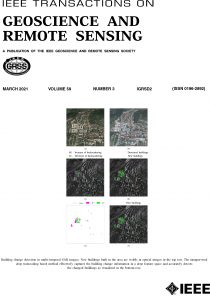 The cover illustrates building change detection in Very High Resolution (VHR) Synthetic Aperture Radar (SAR) images using unsupervised deep transcoding. The images are corresponding to an area around the Department of Engineering and Computer Science, University of Trento, Trento, Italy. New buildings of varied sizes were built up in the site between 2011 and 2013/2014, which can be seen in (a) Pre-change (2011) and (b) Post-change (2014) optical images. RGB multitemporal composition of spotlight TerraSAR-X and TanDEM-X images (R: April, 2013; G: January, 2011; and B: April, 2013) is shown in (c). Changed buildings detected by an existing method is shown in (d). Results obtained by the unsupervised deep transcoding based method are shown in the bottom row: (e) Increase and decrease of deep feature space and (f) Detected changed buildings. For more information please refer to the manuscript. 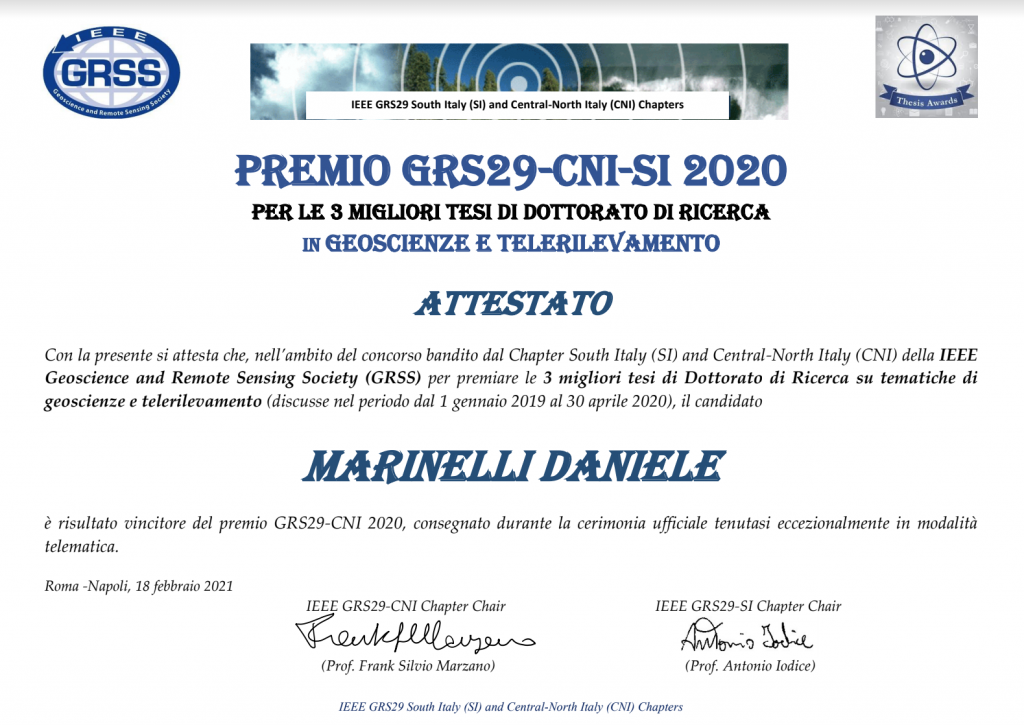 The award was presented to the best three PhD Theses defended in the period January 2019 – April 2020. The title of the PhD Thesis is  “Advanced Methods for Change Detection in LiDAR Data and Hyperspectral Images” (supervisor : Prof. L. Bruzzone),