EnVision on the Spanish Press

EnVision and other missions related to Venus are presented and discussed in an article on the Venus exploration published on “Muy Interessante” (which is a magazine for the general public in Spain) in October 2019. 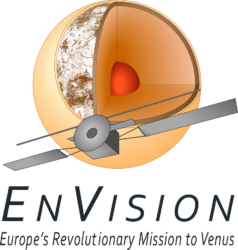 The article reports a fragment of an interview to Prof. Lorenzo Bruzzone on the EnVision mission. RSLab has a major role in the EnVision ESA (European Space Agency) mission, which is candidate to be launched in 2032 to study Venus. Lorenzo Bruzzone is the Principal Investigator of the Subsurface Radar Sounder (SRS), which  is one of the key instruments in the EnVision payload. Francesca Bovolo is member of the Science Study Team of ESA that is defining and developing the scientific objectives of the mission.

For more information on EnVision refer to envisionvenus.eu